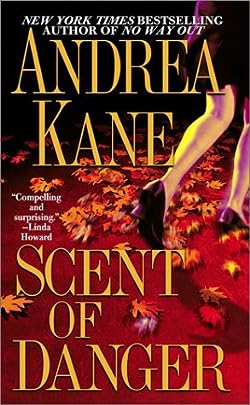 Bestselling author Andrea Kane delivers an electrifying novel of suspense and seduction as one woman is swept up in a maelstrom of dangerous secrets, ruthless ambition, and unexpected passion.

Sabrina Radcliffe never believed she needed a father: her mother taught her how to defend herself in life, and her influential family provided her with everything she needed to be a winner. Nor did she think she needed a man by her side, after seeing how everyone moved away from her sooner or later, intimidated by her intelligence and her determined character. However, in a single moment he seems to have found them both. She immediately recognizes the blood bond that unites her with Carson, and as for Dylan … that direct, passionate and somewhat wild man is the first to awaken in her a passion for more than business.

When Dylan Newport, a high-powered attorney for the company that manufactures C’est Moi — the revolutionary fragrance that makes women irresistible to men — finds his boss, Carson Brooks, shot and nearly dead, he sets out to fulfill what may be the billionaire CEO’s last wish: to find out whether a business deal he made twenty-eight years ago to start his company also resulted in his fathering a child.

Dylan’s search leads him to Sabrina Radcliffe, a brilliant management consultant who is shocked to learn her father’s identity. Yet when she meets Carson face-to-face, there’s an instant connection. His appointing her interim CEO is the opportunity of a lifetime, until she becomes the target of his enemies. As suspects — and victims — begin to pile up, Sabrina turns to Dylan and finds that their own perfect chemistry is kindling into soul-deep desire. But first they must confront an elusive adversary intent on destroying everything — and everyone — they cherish.