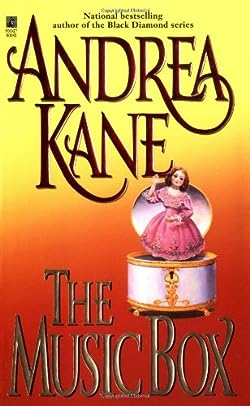 Gabrielle Denning, Lady Nevon’s protected pupil, grew up in a virtually magical place where the outcasts of society were respected and love ruled over the rules. And this place almost made her forget about the terrifying night in which a fire sliced ​​her parents’ lives leaving her with only a music box as a memory of them. Now her idyllic world is about to turn inside out … the illegitimate son of Lady Nevon’s brother has just entered her life.

Despite his father’s rejection, Bryce Lyndley has become a prestigious attorney who follows a strict code of honor. But the meeting you’ve been summoned to at Nevon Manor could change your life – and set your heart on fire. In the middle of a plot of secrets, Bryce and Gaby will meet and arise between them emotions so deep that they never believed they had. But to achieve happiness, they must reveal an ancient mystery, awakening the haunting notes in Gaby’s music box … or risk losing everything due to betrayal, anguish and the evil plan of a murderer.