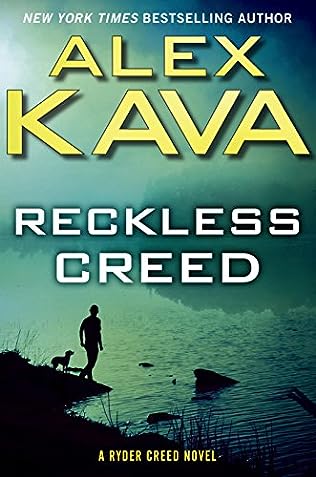 In the new edge-of-your-seat thriller from New York Times–bestselling author Alex Kava, Ryder Creed, his K-9 search-and-rescue dogs, and FBI agent Maggie O’Dell find themselves at the center of a dire and mysterious case.

In Chicago, a young man jumps from his thirtieth-story hotel room; along the Missouri river, a hunter and his son stumble upon a lake whose surface is littered with snow geese, all of them dead; and in southern Alabama, Ryder Creed and his search-and-rescue dog Grace find the body of a young woman who went missing in the Conecuh National Forest…and it appears she filled her pockets with rocks and walked into the river.

Before long Ryder Creed and FBI profiler Maggie O’Dell will discover the ominous connection among these mysterious deaths. What they find may be the most prolific killer the United States has ever known. The agent Maggie O’Dell, assigned to the case, cooperates with Ryder Creed, a specialized rescuer. In the course of the investigation, they find a trace of a deep conspiracy that can lead to annihilation. The clock is ticking, time is getting less and the opponent invented an effective method of infecting a huge number of people. Tomorrow may be too late …