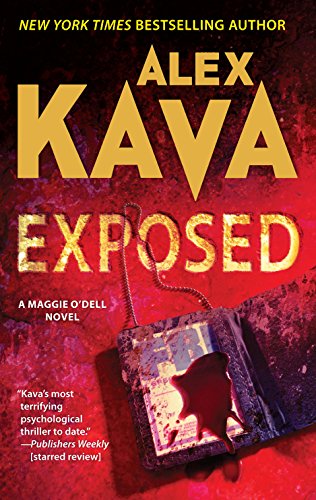 Agent Maggie O’Dell and Assistant Director Cunningham believe they’re responding to a threat made at Quantico. Instead they walk into a trap. Before they realize it, they’ve both been exposed to a killer who can strike at anyone, at any time, and no one can predict who might be next…until it’s too late.

The killer’s tactics suggest he’s an aficionado of criminal minds. He uses bits and pieces from those he admires: a phrase from the Beltway Snipers, a clue from the Unabomber, a delivery method similar to the Anthrax Killer. His weapon is a deadly virus, virtually invisible and totally unexpected. His victims appear to be random but, in fact, they are chosen with a revengeful precision. The vaccine is limited and untested.

Maggie knows dangerous minds from hauntingly perverse child predators to cunningly twisted serial killers. Now she faces a new opponent from inside an isolation ward at a biosafety containment hospital. Maggie must help Agent R. J. Tully find clues to catch the killer while waiting to see if the deadly strain is already multiplying in her body. With every new exposure there’s the potential for an epidemic.

And Maggie knows she and Cunningham may not live long enough to discover who is the deadliest, most intelligent killer they’ve ever profiled