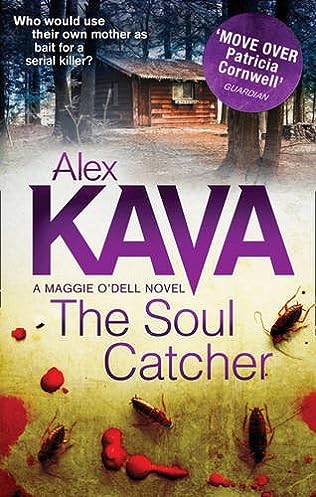 FBI Special Agent Maggie O’Dell and her partner Tully investigate two cases–the murder of a senator’s daughter in Washington, D.C., and a deadly shootout in Massachusetts, both of which are linked to Reverend Joseph Everett, who is dating Maggie’s mother.

In a wooded area near the FDR Memorial in Washington, the body of a senator’s daughter is discovered.

For FBI Special Agent Maggie O’Dell, there is nothing routine about being called in to work these two cases. As an expert criminal profiler, Maggie provides psychological insight on cases that involve suspected serial killers. She can’t understand, then, why she has been assigned to two seemingly unrelated crimes.

But as Maggie and her partner, Special Agent R. J. Tully, delve deeper into the cases, they discover there is a connection: Reverend Joseph Everett, the charismatic leader of a high-profile religious sect. The men holed up in the cabin were members of Everett’s church, and the murder of the young woman took place following one of Everett’s rallies.

Is Everett a psychotic madman who uses his power to perform heinous crimes? Or is he merely the scapegoat for a killer more cunning than he? Maggie realizes the only way to find out is by using her own mother, a member of Everett’s church, as a pawn in a deadly trap.