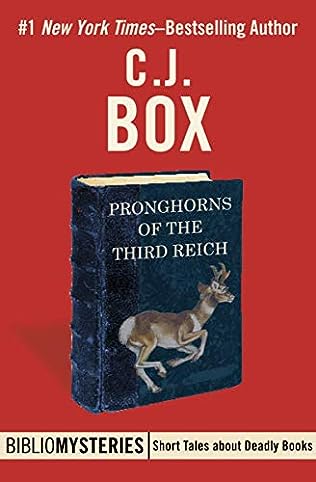 In frigid Wyoming lies a mystery that stretches back to Nazi Germany. This is a short that is based on revenge for a stolen legacy.

Set in Wyoming, Lyle and Juan kidnap Paul, a lawyer whom Lyle believes cheated him out of his grandpappy’s inheritance and take him to a ranch whose bookshelves hold a dubious “treasure”…

Lyle and Juan wait outside the lawyer’s house in ski masks, pistols hidden behind their backs. Shortly after dawn, Paul Parker, an aged lawyer, and his old dog step into the cold. The thugs kill the dog, and take the lawyer hostage. Parker’s day has started badly and is going to get much worse.

Once a fine lawyer, Parker’s enthusiasm has slipped with age, and criminals like Lyle are part of the reason for his disillusionment. Years after they last saw each other in court, Lyle is convinced that Parker owes him something. At gunpoint, Lyle and Juan make Parker lead them to the old Angler ranch, to open up a hidden library whose volumes hold the secret to forgotten riches, and the strangest war profiteering scheme to ever come out of the Great Plains.