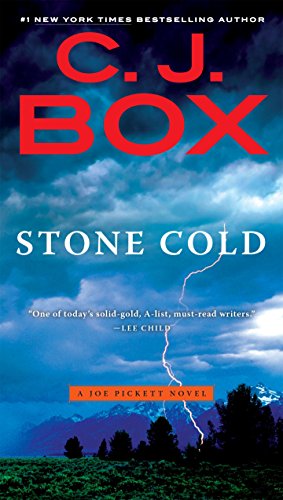 Everything about the man is a mystery: the secluded ranch in the Black Hills, the women who live with him, the secret philanthropies, the private airstrip, the sudden disappearances.

And the persistent rumors that his wealth comes from killing people.

Game warden Joe Pickett owes Wyoming’s Governor a favour, so he can’t refuse the clandestine order to head north and find out what Medicine Wheel County’s reclusive multi-millionaire is up to.

Joe’s not the first investigator to arrive in Medicine Wheel, but after his predecessor burned to death in a hotel fire, will he be the first to leave alive?

As winter’s first storm closes in, Joe will that there’s more than one stone-cold killer stalking the Black Hills. Joe Pickett, still officially a game warden but now mostly a troubleshooter for the governor, is assigned to find out the truth. But he finds out a lot more than he bargained for. There are two other men living up at that ranch. One is a stone-cold killer who takes an instant dislike to Joe. He doesn’t frighten Joe at all. The other man is another story…entirely.