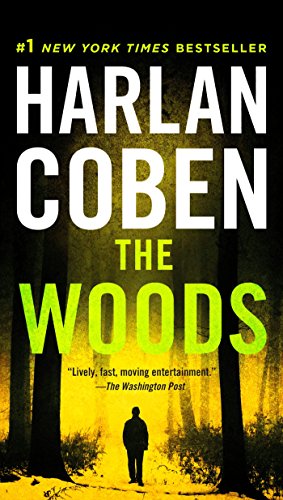 #1 New York Times bestselling author Harlan Coben takes readers into the heart of family loyalty in this twisty page-turner that proves that the darkest secrets are often closest to home.

Twenty years ago at summer camp, Paul Copeland’s sister died in the woods, the alleged victim of a serial killer. Her body was never found. Now, Paul is the prosecutor for Essex County, New Jersey, immersed in one of the biggest cases of his career-a case that will change everything he believes about the past…and the truth.

Paul Copeland, a New Jersey county prosecutor, is still grieving the loss of his sister twenty years ago—the night she walked into the woods, never to be seen again. But now, a homicide victim is found with evidence linking him to the disappearance. The victim could be the boy who vanished along with Paul’s sister. And, as hope rises that his sister could still be alive, dangerous secrets from his family’s past threaten to tear apart everything Paul has been trying to hold together…

Is this body one of the campers who disappeared with his sister? Could his sister be alive…? Confronting his past, Cope must decide what is better left hidden in the dark and what truths can be brought to light…