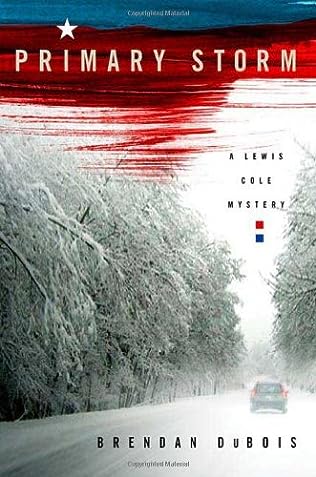 Every four years, the spotlight of the world turns to the tiny state of New Hampshire, as the voters in its primary help choose the next president of the United States.

Usually, Lewis Cole, a magazine columnist and ex–Department of Defense research analyst, tries to stay out of the spotlight. However, when he attends a political rally for the front-running senator, gunfire breaks out, and Lewis becomes the initial suspect in the attempted assassination.

With the Secret Service shadowing his every move, with his budding romance with a campaign volunteer in jeopardy, and with the threat of continued violence against him and the candidate, Lewis desperately tries to find out who set him up for the attempted killing, and who is still stalking him.

Lewis is operating in the glare of the news media and among aggressive campaign rivals as he also tries to keep secret a decades-old connection with the leading presidential candidate, a secret that could have shattering consequences if revealed.

Drawing on his own shadowy government background and with the assistance of his friend Felix Tinios, a man with a foot on each side of the law, Lewis dives into the unsavory world of presidential politics, where secrets are traded for favors, where votes are cast and sometimes discarded, and where a trail of bodies and broken promises can lead to the White House.

Once more, DuBois brilliantly goes behind Lewis Cole’s quiet existence to the flickering black shadows of his past. Are unknown plotters using his secret DoD record to kill the candidate and pin the murder on Cole? And can Cole outsmart—or outshoot—them before their plan can work?