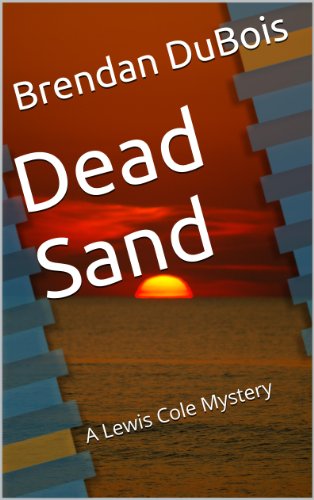 Introducing his famed series character, Lewis Cole, DEAD SAND tells the tale of the mysterious murder of a teenage waitress at at beach resort in New Hampshire. Lewis Cole, a retired research analyst from the Department of Defense and a magazine columnist, travels down some mean streets indeed as he puzzles out not only the teenage girl’s murder, but his own place in life after nearly being killed while working for the DoD.

Bad things happen to nice places. Take Tyler Beach, New Hampshire, a placid beach resort whose prosperity is dependent on its annual influx of summer visitors. Unfortunately, however, vacationers don’t take too well to murders in their midst. But then, neither does Tyler newcomer Lewis Cole, whose own past experience of evil means that he can’t help but indulge his natural sleuthing instincts when violence starts to erupt around him.

On the run from troubled – and explosive – memories that won’t go away, Lewis turns out to be in the right place at the wrong time – for the villains, that is. First, a mummified body is unearthed by a developer’s backhoe and removed from its marshy grave; its discovery proves to be a trigger to further mayhem. But why are seemingly respectable citizens of Tyler Beach being marked for death?

With a beautiful young girl found dangling from the beams of a seaside cottage and with an elderly fisherman blown to smithereens just as he was about to impart vital information to Lewis, the fast-moving lethal events are straining the meager resources of the local police. Lewis, though, is there to take up the slack. In his unforgettable, unputdownable debut, Lewis Cole is all the more intriguing for the deadly secrets he himself has chosen to keep.

A sort of post-cold war Travis McGee, transferred from the sands of Florida to the shores of New England, Lewis intuits that too many of Tyler Beach’s upstanding citizens are leading dangerous double lives and that too many bland expressions are masking decades-old psychic wounds.