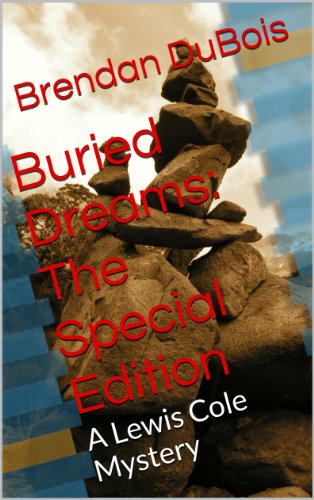 Retired Department of Defense research analyst Lewis Cole loves his small New Hampshire town of Tyler Beach, and he shares this affection with his friend Jon Ericson, an eccentric retiree who’s convinced Vikings had once lived in their town, more than a thousand years ago.

For years Ericson has searched for artifacts to prove Vikings had a settlement on the New Hampshire coastline, and when Lewis gets a phone message from Ericson that he’s finally found this evidence, Lewis races over to congratulate him. But when he reaches Ericson’s house, however, there is no celebration: there is only a crime scene. In the minutes after the excited phone call, someone has brutally murdered Lewis’ friend and stolen the artifacts.

Who could have committed such a crime? Ericson’s estranged brother, a convict who deals in stolen antiques? A disgruntled town resident, jealous of Ericson’s quest? Or someone else who would easily kill to cover up such an archaeological discovery? These questions and others haunt Lewis, but Lewis is sure of one thing: he intends to avenge Ericson’s death, recover the missing Viking artifacts, and honor his friend’s memory, even if it means paying a stiff price — exchanging his beachfront home for a prison cell.