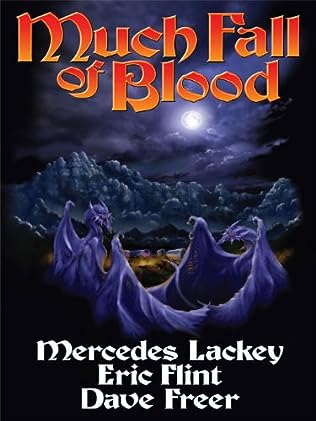 Prince Manfred and his mentor and bodyguard, the deadly warrior Erik, survived dangers and enemies both natural and supernatural, and if they thought that their new mission was going to be anything but more of the same, they soon gave up on that hope. Returning from Jerusalem, they and their escort of knights of the Holy Trinity are escorting an envoy of II Khan Mongol to the lands of the Golden Horde-between the Black Sea and the Carpathians, which happen to be an eastern bastion against their old enemies, the demon Chernobog and his possessed puppet, the Jangellion.

Unfortunately, what began as a diplomatic mission leads to Manfred and his knights being caught up in an inter-clan civil war, rescuing a fugitive woman and her injured brother, and becoming involved in the problems of Prince Vlad, Duke of Valahia, who has been held as a hostage by King Emeric of Hungary until freed by Countess Elizabeth Batholdy to use as bait to capture a group of nonhumans. Instead, the wolflike nonhumans, who masquerade as gypsies, free Prince Vlad, and help him to return to his homeland to raise a revolt against Hungary and to renew age-old magics.

Manfred and Erik are forced into an alliance of convenience between the Golden Horde and the ancient magical forces of Valahia, as directed by the troubled Vlad. The magic calls for blood and Vlad is deathly afraid of it and at the same time, is irresistibly drawn toward it…