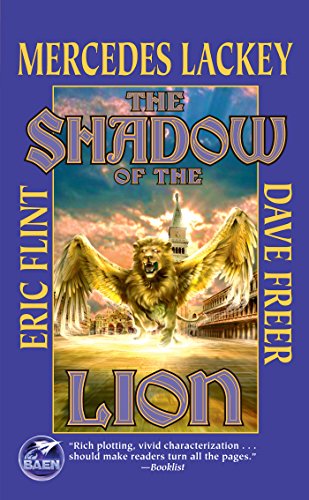 t is the year 1537. The great winged Lion stares over a Venice where magic thrives. The rich Venetian Republic is a bastion of independence and tolerance. Perhaps for that reason, it is also corrupt and rotten with intrigue.

But for the young brothers Marco and Benito Valdosta, vagabond and thief, Venice is simply–home. They have no idea that they stand at the center of the city’s coming struggle for its very life. They know nothing of the powerful forces moving in the background. They have barely heard of Chernobog, demon-lord of the North, who is shifting his pawns to attack Venice in order to cut into the underbelly of the Holy Roman Empire.

All Marco and Benito know is that they’re hungry and in dangerous company: Katerina the smuggler, Caesare the sell-sword, Montagnard assassins, church inquisitors, militant Knights of the Holy Trinity, Dottore Marina the Strega mage… and Maria. Maria might be an honest canaler, but she had the hottest temper a boy could find.

Yet among the dark waters of the canals lurk far worse dangers than a hot-tempered girl. Chernobog has set a monster loose to wreak havoc on the city. Magic, murder, and evil are all at work to pull Venice down. Fanatical monks seek to root out true witchcraft with fire and sword. Steel-clad Teutonic knights, wealth traders, church dignitaries, and great Princes fight and plot for control of the jewel of the Mediterranean.

And somehow all of these, from thieves to mages to princes, must gather around Marco and his brother Benito, under the shadow of the great winged lion of Venice.