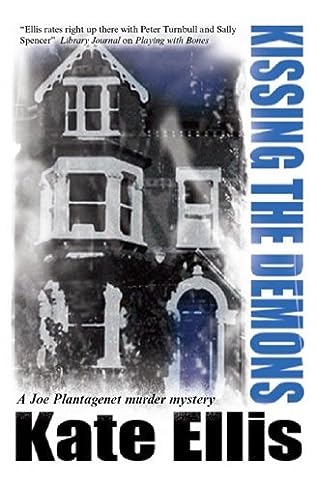 A Joe Plantagenet murder mystery – Thirteen Torland Place is a house with a disturbing past. When a student living there is found murdered, DI Joe Plantagenet wonders whether her death has anything to do with its grim history.

Then other, similar deaths come to light and he fears that a ruthless serial killer is at work. Could the deaths be connected to Obediah Shrowton, an executed murderer whose presence still seems to linger in the house? Or is there a yet more sinister and dangerous explanation?

When their superintendent asks DCI Emily Thwaite and DI Joe Plantagenet to investigate the suspected involvement of local MP Barrington Jenks in the disappearance of two teenage girls 12 years earlier, they know they’re entering dangerous political games. And when another case about the disappearance of a university student gets linked to this, they know that there is more than meets the eye to the whole thing.

A  solid police procedural with strong Gothic components, albeit not with paranormal elements like the author’s other series.