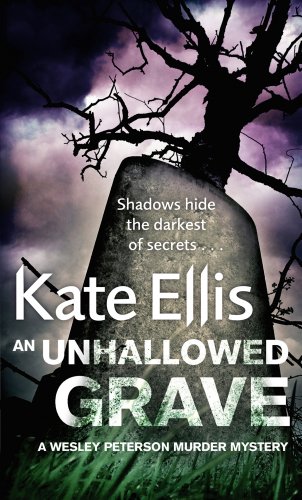 When the body of a middle-aged woman is found hanging from a yew tree in Stokeworthy Churchyard, the police suspect foul play. But the victim is an unlikely one. Pauline Brent was the local doctor’s receptionist, respected and well liked. She seems to have no real enemies-and yet someone killed her.

Detective Sergeant Wesley Peterson, a black detective recently transferred to the quiet, West Country English village, is determined to discover the truth and, once again, it is history that provides him with a clue. For Wesley’s archaeologist friend, Neil Watson, has excavated an ancient corpse at a nearby dig: a woman who had been buried at a crossroads, on unhallowed ground. It appears that the body is that of the same woman whom local legend has it was publicly executed in the churchyard centuries before.

A chilling echo of the fifteenth-century lynching, Pauline Brent’s death forces Wesley to consider the possibility that the killer also knows the tree’s dark history. Has Pauline been “executed” rather than murdered-and if so, for what crime?

To catch a dangerous killer, Wesley has to discover as much as he can about the victim. But Pauline Brent appears to have been a woman with few friends, no relatives, and a past she has tried carefully to hide…