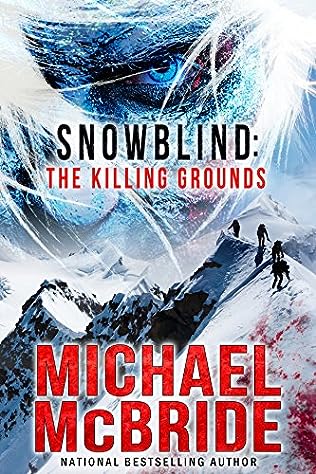 There are some places man was never meant to go. Seven years ago John Avery’s girlfriend went on a skiing trip with friends, none of them were ever seen again and he’s searched for them, relentlessly, he was even a suspect.

Ever since then, John Avery has been combing the wilderness for any sign of his missing girlfriend, who set out upon the ski trip of a lifetime and was never seen again.

The discovery of a video camera prompts Sheriff Wayne Dayton to dispatch a search party into one of the most remote areas of the Rockies in hopes of learning her fate.

Where few species can survive.

When a freak blizzard strikes, they find themselves wandering blindly into the killing grounds of a predator they can’t even see.

Sheriff Wayne Dayton once shot a man who staggered into a diner carrying a severed head, a tortuous ending to a harrowing journey that is not easily forgotten. A conservation biologist searching for a missing bighorn sheep finds a video camera hidden in a tree and evidence of the missing party is finally discovered.