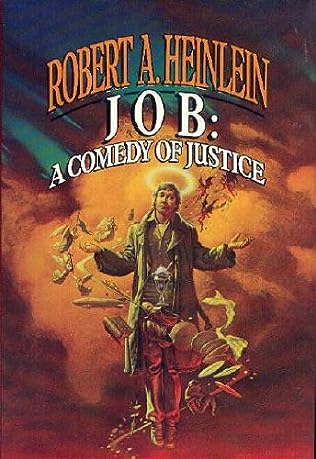 It all began with that firewalking gig in Polynesia. After negotiating the bed of hot coals with only a small blister, he suddenly found the world changed around him. Instead of being Alexander Hergensheimer, minister of a fundamentalist church, he was now supposed to be Alec Graham, carrying underworld money and in the middle of an affair with the charming stewardess, Margrethe – the only good thing about the whole business.

Then there was the impossible iceberg that struck the ship and dumped Alex and Margrethe naked into the sea, to be rescued by a Royal Mexican Coast Guard Plane. The next change took a double earthquake. And after that, as change followed impossible change, things went from bad to worse. Alex found it impossible even to buy Margrethe the hot fudge sundae that he promised her.

Whatever the change, however, Alex found one constant – all the signs pointed to Armageddon and the Day of Judgement. And Margrethe wasn’t even a Christian – perversely, he believed in Odin and Ragnarok. Somehow, he had to bring her into a state of grace. Without her, Heaven would be no paradise to him.

Somewhere he felt, there had to be an answer to his question and to the question of why he was being persecuted. And, of course, there was. But it was truly a Hell of an answer.