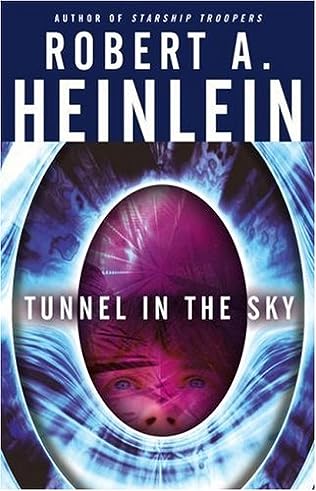 A classic novel from the mind of the storyteller who captures the imagination of readers from around the world, and across two generations. The final exam for Dr. Matson’s Advanced Survival class was meant to be just that: only a test.

It was just a test . . .
But something had gone wrong. Terribly wrong. What was to have been a standard ten-day survival test had suddenly become an indefinite life-or-death nightmare.

Now Rod Walker and his fellow students are stranded somewhere unknown in the universe, beyond contact with Earth, at the other end of a tunnel in the sky. Stripped of all comforts, hoping for a passage home that may never appear, the castaways must band together or perish. For Rod and his fellow survivors, this is one test where failure is not an option…

This small group of young men and women, divested of all civilized luxuries and laws, were being forced to forge a future of their own . . . a strange future in a strange land where sometimes not even the fittest could survive!