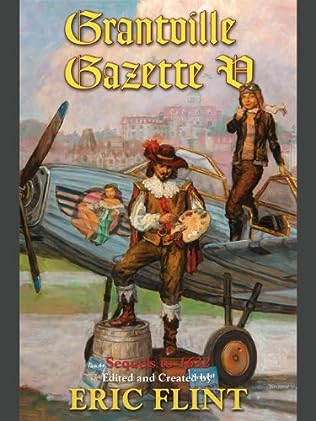 The most popular alternate history series of all continues. When an inexplicable cosmic disturbance hurls your town from twentieth century West Virginia back to seventeenth-century Europe – and into the middle of the Thirty Years War – you’d better be adaptable to survive. And the natives of that time period, faced with American technology and politics, need to be equally adaptable. Here’s a generous helping of more stories of Grantville, the American town lost in time, and its impact on the people and societies of a tumultuous age.

Stories include:
* Steady Girl by Eric Flint
* Schwarza Falls by Douglas W. Jones
* Recycling by Philip Schillawski and John Rigby
* Got My Buck by Barry C. Swift
* The Dalai Lama’s Electric Buddha by Victor Klimov
* Canst Thou Send Lightnings by Rick Boatright
* Grantville’s Greatest Philosopher? by Terry Howard
* The Painter’s Gambit by Iver P. Cooper
* A Taste of Home by Chris Racciato
* Young Love Lost by Jose J. Clavell
* The Prepared Mind by Kim Mackey
* Capacity for Harm by Richard Evans
* Little Angel by Kerryn Offord
* None So Blind by David Carrico
* On the Matter of D’Artagnan by Bradley H. Sinor
* A Filthy Story by Aamund Breivik
* The Treasure Hunters by Karen Bergstrahl
* Bathing with Coal by Russ Rittgers
* Lessons in Astronomy by Peter Hobson
* Wish Book by Gorg Huff and Paula Goodlett
* O For A Muse of Fire by Jay Robison
* Pilgrimage of Grace by Virginia DeMarce
* Twenty-eight Men by Mark Huston
* Federico and Ginger by Iver P. Cooper
* The Jews of 1632 by Douglas W. Jones