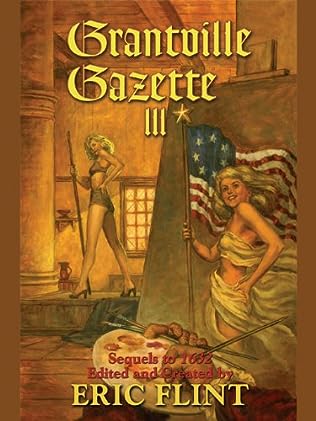 A mysterious cosmic force — the “Ring of Fire” — has hurled the town of Grantville from 20th century West Virginia back to 17th century Europe, and into the heart of the Thirty Years War. With their seemingly magical technology, and their radical ideas of freedom and justice, the time-lost West Virginians have allied with Gustavus Adolphus, King of Sweden, to form the United States of Europe, changing the course of history — in ways both small and large.

University students, a restless breed in all centuries, become even more rambunctious in Cambridge, England because of the personal and theological impact of the time-lost Americans. At the same time, American teenagers conquer new financial worlds when their elders are looking the other way. A Lutheran pastor schemes to gain new adherents among the Americans.

A Benedictine monk finds a new calling for his order. Practitioners of 20th-century medicine and its 17th-century counterpart struggle to find common ground in healing the sick and injured. These and other new stories — including a new story by Eric Flint himself — return the reader to one of the most popular series in alternate history science fiction.

Stories include:
* Postage Due by Eric Flint
* Pastor Kastenmayer’s Revenge by Virginia DeMarce
* The Sound of Music by David Carrico
* Other People’s Money by Gorg Huff
* If the Demons Will Sleep by Eva Musch
* Hobson’s Choice by Francis Turner
* Hell Fighters by Wood Hughes
* Euterpe, Episode 2 by Enrico M. Toro
* Iron by Rick Boatright
* The Impact of Mechanization on German Farms by Karen Bergstralh
* Firearms in the 1632 Universe by Leonard Hollar, Bob Hollingsworth, Tom Van Natta, and John Zeek
* Alchemical Distillation by Andrew Clark