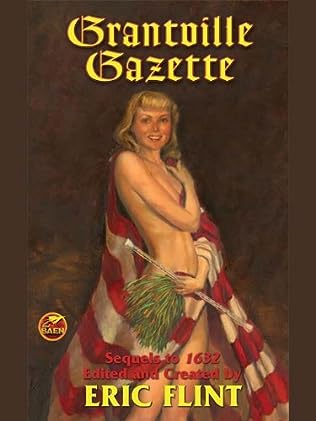 Ed Piazza, the Secretary of State of the small United States being forged in war-torn Germany during the Thirty Years War, has a problem on his hands. A religious conference has been called in nearby Rudolstadt which will determine doctrine for all the Lutherans in the nation. The hard-fought principle of religious freedom is at stake, threatened alike by intransigent theologians and students rioting in the streets.

As if that weren’t bad enough:
* the up-time American Lutherans are themselves divided;
* a rambunctious old folk singer is cheerfully pouring gasoline on the flames;
* and a Calvinist “facilitator” from Geneva is maneuvering to get the U.S. involved with the developing revolutionary movement in Naples.

Stories include:
* Portraits by Eric Flint
* Anna’s Story by Loren Jones
* Curio and Relic by Tom Van Natta
* The Sewing Circle by Gorg Huff
* The Rudolstadt Colloquy by Virginia DeMarce
* Radio in the 1632 Universe by Rick Boatright
* They’ve Got Bread Mold, So Why Can’t They Make Penicillin? by Robert Gottlieb
* Horse Power by Karen Bergstralh