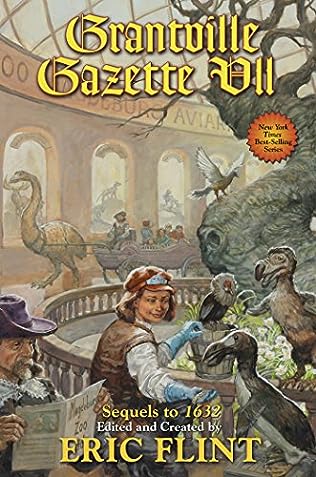 A cosmic accident sets the modern West Virginia town of Grantville down in war-torn seventeenth century Europe. It will take all the gumption of the resourceful, freedom-loving up-timers to find a way to flourish in the mad and bloody beginning of the Renaissance. Are they up for it? You bet they are.

Edited by Eric Flint, and inspired by his now-legendary 1632, this is the fun stuff that fills in the pieces of the Ring of Fire political, social and cultural puzzle as supporting characters we meet in the novels get their own lives, loves and life-changing stories. The future and democracy have arrived with a bang.

Stories include:
* Canst Thou Send Lightnings by Rick Boatright
* Grantville’s Greatest Philosopher? by Terry Howard
* Mule ‘Round The World by Virginia DeMarce
* Von Grantville by Russ Rittgers
* Burgers, Fries, And Beer by John and Patti Friend
* Mama Mia, That’s A Good Pizza Pie! by Jon and Linda Sonnenleiter
* Seasons by Mark H. Huston
* Not At All The Type by Virginia DeMarce
* Dr. Phil’s Amazing Essence Of Fire Tablets by Kerryn Offord and Rick Boatright
* Zinkens A Bundle by Kerryn Offord
* Crucibellus by Kim Mackey
* The Mechanical Reproduction Of Sound: Developing A Recorded
Music Distribution Industry by Chris Penycate and Rick Boatright
* Mass Media In The 1632 Universe by Gorg Huff and Paula Goodlett
* Railroading In Germany by Carsten Edelberger
* Harnessing The Iron Horse: Railroad Locomotion In The 1632 Universe by Iver P. Cooper