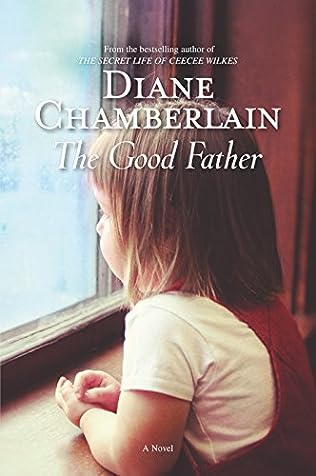 Four years ago, nineteen-year-old Travis Brown made a choice: to raise his newborn daughter on his own. While most of his friends were out partying and meeting girls, Travis was at home, changing diapers and worrying about keeping food on the table. But he’s never regretted his decision. Bella is the light of his life. The reason behind every move he makes. And so far, she is fed. Cared for. Safe.

But when Travis loses his construction job and his home, the security he’s worked so hard to create for Bella begins to crumble…….

Then a miracle. A job in Raleigh has the power to turn their fortunes around. It has to. But when Travis arrives in Raleigh, there is no job, only an offer to participate in a onetime criminal act that promises quick money and no repercussions.

With nowhere else to turn, Travis must make another choice for his daughter’s sake. Even if it means he might lose her.

The Good Father toggles between three perspectives. The first is Travis, a father who’s homeless after a tragedy takes away his home, former life, and dreams. The second is Robin, a young woman who’s trapped in a life that’s a lie. And lastly, Erin is a woman in her 30s who’s tragically lost a child and is barely coping from the grief in the aftermath.