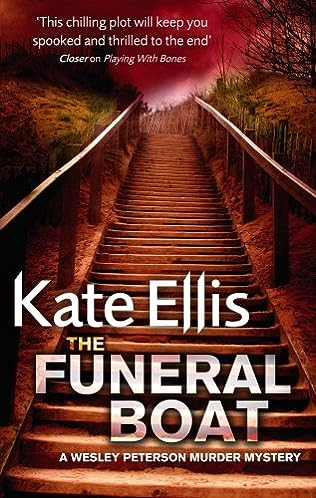 When young Carl Palister unearths a skeleton on a Devon smallholding, DS Wesley Peterson and his boss Gerry Heffernan are called in to investigate. Heffernan is convinced that the remains are those of Carl’s father, a local villain who vanished from the Tradmouth area three years before.

Wesley isn’t so sure – he discovers evidence that suggests the skeleton is a good thousand years older than they first thought. A keen amateur archaeologist, Wesley is intrigued by the possibility that this is a Viking corpse, buried in keeping with ancient traditions. But he has a rather more urgent crime to solve-the disappearance of a Danish tourist.

At first it appears that Ingeborg Larsen may just have gone away for a few days without telling her landlady, but Wesley finds disturbing evidence that the attractive Dane has been abducted. Gerry Heffernan believes that Ms. Larsen’s disappearance is linked to a spate of brutal local robberies and that Ingeborg witnessed something she shouldn’t have. But is her disappearance linked to far older events? For it seems that this may not have been Ingeborg’s first visit to this far from quiet West Country backwater. . .