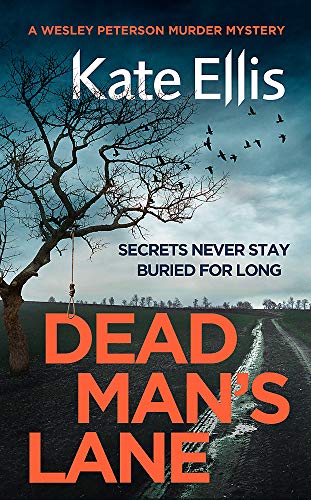 The gripping twenty-third mystery in the Wesley Peterson series from acclaimed crime writer Kate Ellis. ‘A beguiling author who interweaves past and present’ The Times

Strangefields Farm is notorious for its sinister history ever since artist Jackson Temples lured young women there to model for disturbing works of art. Some of those girls never left the house alive.

Now, decades later, Strangefields is to be transformed into a holiday village, but the developer’s hopes of its dark history being forgotten are dashed when a skull is found on the site. And when a local florist is found murdered in an echo of Temples’ crimes, DI Wesley Peterson fears that a copy-cat killer is at large. Especially when another brutal murder in a nearby village appears to be linked.

As Wesley’s friend, archaeologist Dr Neil Watson, uncovers the secrets of Strangefields’ grisly past, it seems that an ancient tale of the dead returning to torment the living might not be as fantastical as it seems. And Wesley must work fast to discover who’s behind the recent murders . . . before someone close to him is put in danger.