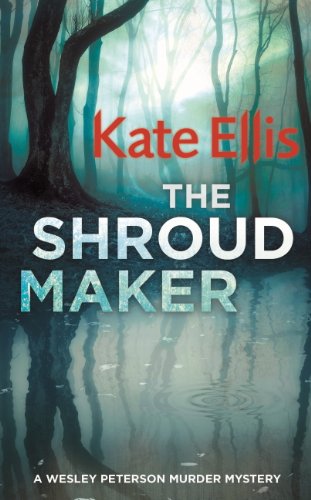 A  grisly find, a faceless enemy—will history repeat itself once again in the 18th Wesley Peterson crime novel?

A year after the mysterious disappearance of Jenny Bercival, DI Wesley Peterson is called in when the body of a strangled woman is found floating out to sea in a dinghy. The discovery mars the festivities of the Palkin Festival, held each year to celebrate the life of John Palkin, a 14th century Mayor of Tradmouth who made his fortune from trade and piracy.

Now it seems like death and mystery have returned to haunt the town. Could there be a link between the two women? One missing, one brutally murdered? And is there a connection to a fantasy website called Shipworld which features Palkin as a supernatural hero with a sinister, faceless nemesis called the Shroud Maker?

When archaeologist Neil Watson makes a grim discovery on the site of Palkin’s warehouse, it looks as if history might have inspired the killer. And it is only by delving into the past that Wesley comes to learn a truth that will bring mortal danger in its wake