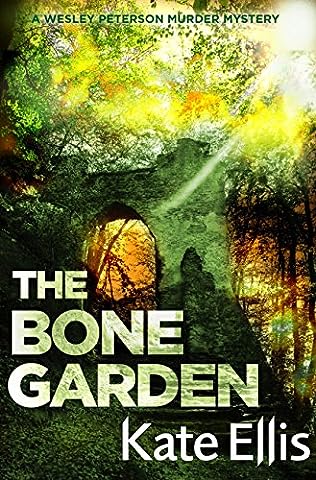 Murders old and new taunt Detective Sergeant Wesley Peterson in this British mystery in which a trail of stolen identities, blackmail and a seventeenth century murder connection all have Peterson scrambling for clues.

An excavation at the lost gardens of Earlsacre Hall is called to a halt when a skeleton is discovered under a three-hundred-year-old stone plinth, a corpse that seems to have been buried alive. But Detective Sergeant Wesley Peterson has little time to indulge in his hobby of archaeology.

He has a more recent murder case to solve. A man has been found stabbed to death in a caravan at a popular holiday park and the only clue to his identity is a newspaper clipping about the restoration of Earlsacre.

Does local solicitor Brian Willerby have the answer? He seems eager to talk to Wesley, but before he can reveal his secret he is found dead during a “friendly” game of village cricket, apparently struck by a cricket ball several times with some force. What is it about Earlsacre Hall that leads people to murder?