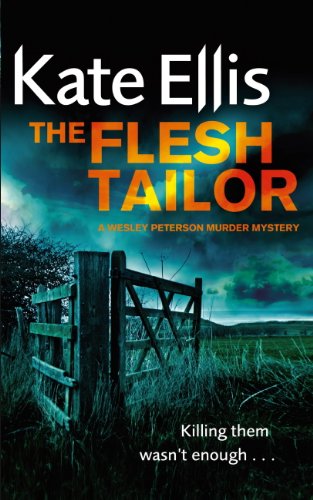 The 14th Peterson mystery finds him uncovering the skeletons in a doctor’s closet—among other places.

When Dr. James Dalcott is shot dead in his cottage it looks very much like an execution. And as DI Wesley Peterson begins piecing together the victim’s life, he finds that the well-liked country doctor has been harboring strange and dramatic family secrets.

Meanwhile, archaeologist Neil Watson has discovered six skeletons in nearby Tailors Court, skeletons that bear the marks of dissection and might be linked to tales of body snatching by a rogue physician in the 16th century. But when Neil finds the bones of a child buried with a 1930s coin and a toy car, the investigation takes a sinister turn.

Who were the children evacuated to Tailors Court during World War II? And where are they now? When an elderly lady goes missing and a link is established between the wartime evacuees and Dr. Dalcott’s death, Wesley is faced with his most challenging case yet.