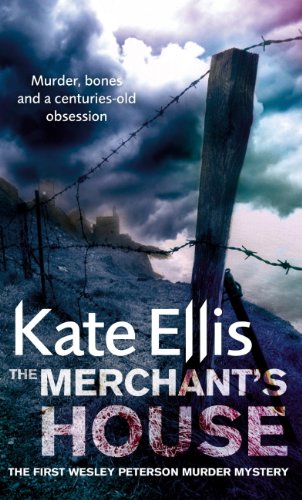 A black policeman from the Met might expect to meet some resistance when he’s transferred to a West Country seaside town—but, for DS Wesley Peterson, it’s like coming home.

Detective Sergeant Wesley Peterson’s first day in his new posting in South Devon finds him investigating the brutal death of a young woman on a cliff path while his new colleagues are searching desperately for a missing child.

Then Wesley’s old friend from university, archaeologist Neil Watson, unearths the bodies of a strangled young woman and a new-born baby on the site of a seventeenth-century merchant’s house: though luckily for the overstretched police force the skeletons are centuries old. But as the search for the missing child intensifies and the true identity of the body on the cliff path is established, Wesley begins to suspect a tragic link, spanning the centuries, between his investigations and Neil’s: for motives of jealousy, sexual obsession and desperate longing are as old as time. And when the dark secret of the merchant’s house is finally revealed, Wesley must act swiftly to avert a further tragedy.