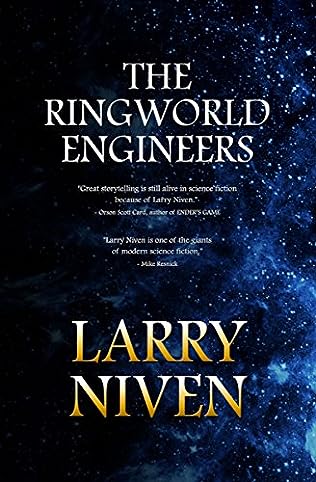 Over twenty years after returning to Earth from the Ringworld, Louis Wu is kidnapped, along with a warrior kzin named Chmeee, by a Pierson’s puppeteer, a brilliant 2-headed alien who calls himself the “Hindmost”.

With Louis’ help, the Hindmost intends to regain his status by bringing back such extraordinary treasures from the Ringworld that his fellow puppeteers will have to be impressed. But when they arrive, Louis discovers that the Ringworld is no longer stable …and will destroy itself within months. To survive he must locate the control center of the legendary engineers who built the planet.