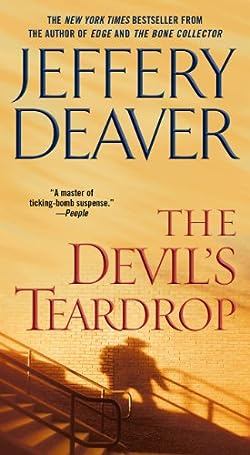 After an early morning machine-gun attack by a madman called the Digger leaves dozens dead in the Washington, D.C., subway, the mayor’s office receives a message demanding twenty million dollars by midnight or more innocents will die. It is New Year’s Eve, and with the ransom note as the only evidence, Special Agent Margaret Lukas calls upon retired FBI agent and the nation’s premier document examiner Parker Kincaid to join the manhunt for the Digger — or for hundreds, the first moments of the new year will be their last on earth.

It’s New Year’s Eve, December 31, 1999, and Washington, D.C., is under siege. Early in the day, a grisly machine gun attack in the Dupont Circle Metro station leaves dozens dead and the city crippled with fear. A note delivered to the mayor’s office pins the massacre on the Digger, a robotlike assassin programmed to wreak havoc on the capital every four hours — until midnight. Only a ransom of $20 million delivered to the Digger’s accomplice — and mastermind — will end the death and terror.

But the Digger becomes a far more sinister threat when his accomplice is killed in a freak accident while en route to the money drop. With the ransom note as the single scrap of evidence, Special Agent Margaret Lukas calls upon Parker Kincaid, a retired FBI agent and the top forensic document examiner in the country. Somehow, by midnight, they must find the Digger — before he finds them.