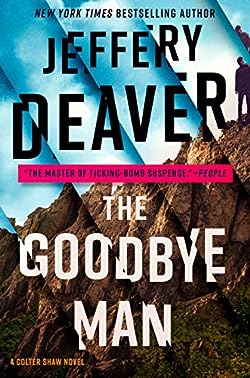 A thrilling new Colter Shaw adventure by the master of suspense, Jeffery Deaver. Colter Shaw, the itinerant reward-seeker readers met in The Never Game, returns in a new adventure.

Colter takes on a new case when he learns of a reward–two, actually–being offered in Gig Harbor, a small spot in Washington State. Two white teenagers decided to deface a few black churches, and then to set one aflame. But as it turns out, it wasn’t empty. And when the preacher and the janitor emerged from the burning building, they were shot–and the suspects drove off.

In pursuit of two young men accused of terrible hate crimes, Colter Shaw stumbles upon a clue to another mystery. In an effort to save the life of a young woman–and possibly others–he travels to the wilderness of Washington State to investigate a mysterious organization. Is it a community that consoles the bereaved? Or a dangerous cult under the sway of a captivating leader? As he peels back the layers of truth, Shaw finds that some people will stop at nothing to keep their secrets hidden.

All the while, Shaw must unravel an equally deadly enigma: locating and deciphering a message hidden by his father years ago, just before his death–a message that will have life-and-death consequences.