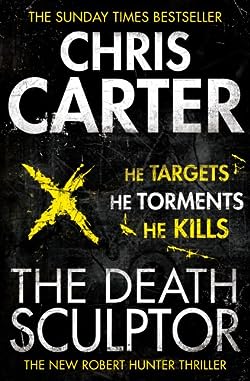 The fear at the Los Angeles Police Department is intense. Which of them will be the next victim? A brutal murderer kills police officers and makes hideous figures from their bodies. He sees himself as an artist. And this is exactly where profiler Robert Hunter and his partner Carlos Garcia start their investigations. Hunter knows how murderers think. And that could be his death sentence.

A student nurse has the shock of her life when she discovers her patient, prosecutor Derek Nicholson, brutally murdered in his bed. The act seems senseless – Nicholson was terminally ill with only weeks to live. But what most shocks Detective Robert Hunter is the calling card the killer left behind.

For Hunter, there is no doubt that the killer is trying to communicate with the police, but the method is unlike anything he’s ever seen before. And what could the hidden message be?

Just as Hunter and his partner Garcia reckon they’ve found a lead, a new body is found – and a new calling card. But with no apparent link between the first and second victims, all the progress they’ve made so far goes out of the window. Pushed into an uncomfortable alliance with the confident Alice Beaumont, Hunter must race to put together the pieces of the investigation . . . before the Death Sculptor puts the final touches to his masterpiece.