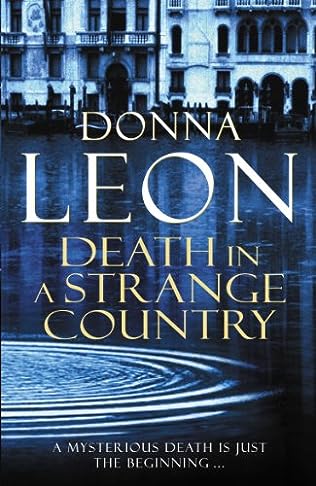 Book 2 in the Commissario Brunetti series (1993)

A Venice policeman investigating the murder of an American soldier comes up against the Mafia, the government, the U.S. Army, and toxic waste. By the author of Death at La Fenice.

Early one morning Commissario Guido Brunetti of the Venice Police confronts a grisly sight when the body of a young man is fished out of a fetid canal. All the clues point to a violent mugging, but for Brunetti the motive of robbery seems altogether too convenient. When something is discovered in the victim’s apartment that suggests the existence of a high-level conspiracy, Brunetti becomes convinced that somebody, somewhere, is taking great pains to provide a ready-made solution to the crime.

A corpse swims in a stinking canal in Venice. And the machinations that hide behind this death also stink into the sky: mafia, American military and greedy businessmen are equally involved. Commissario Brunetti must make an effort not to land on the canal himself. If you can make toxic waste disappear, unpleasant connoisseurs are no problem for you.