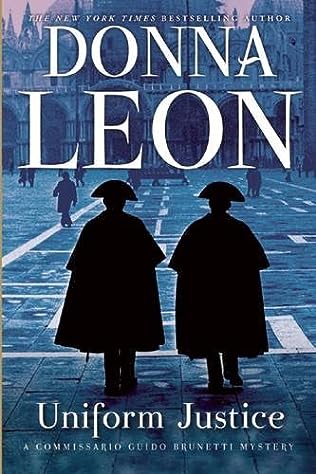 A riveting, pitch-perfect murder mystery—the work of a truly masterful storyteller. Conjuring contemporary Venice in exquisite and alluring detail, this is widely hailed as the finest installment yet of the Commissario Guido Brunetti series.

For over a decade, Donna Leon has topped European bestseller lists and captivated fans throughout the world with her series of mysteries featuring the shrewd, charismatic Commissario Guido Brunetti. Guiding us through contemporary Venice’s dark undercurrents of personal politics, corruption, and intrigue, Donna Leon’s is “crime writing of the highest order: powerful, relevant and too full of human failings” (The Guardian).

This time, Commissario Brunetti faces an unsettling case that, because he is the father of a young son, hits him especially close to home. The body of a student has been found hanged in Venice’s elite, highly cloistered military academy. The young man is the son of a doctor and former politician, a member of Parliament who had an impeccable integrity all too rare in Italian politics. Dr. Moro is clearly devastated by his son’s death, but while both he and his apparently estranged wife seem convinced that the boy’s death could not have been suicide, neither appears eager to help in the investigation of the mysterious circumstances in which he died.

Bolstered by the help the elegant and crafty Signorina Elettra, and the cooking and sympathetic ear of his wife, Paola, Commissario Brunetti sets off on an investigation that gets him caught up in the strange and stormy politics of his country’s powerful elite.

When Brunetti plunges into Dr. Moro’s political career and the circumstances of the doctor’s estrangement from his wife, he discovers unsettling details. How to explain the mysterious hunting accident in which Signora Moro was involved, and the fact that her marriage crumbled so soon after? As he investigates, Brunetti is faced with a wall of silence, because the military, who protects its own, and civilians, even at the cost of their lives, are unwilling to talk. Is this the natural reluctance of Italians to involve themselves with the authorities, or is Brunetti facing something altogether darker?