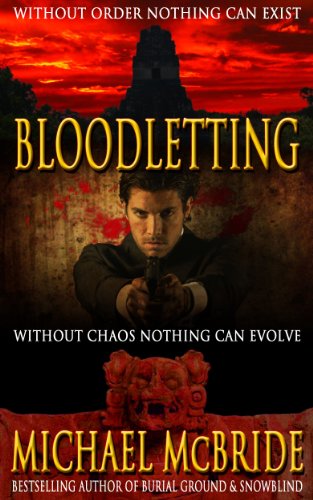 The butchered remains of a 12-year-old girl are discovered in an abandoned Colorado farmhouse. Meanwhile, 11 mummified and bundled corpses are exhumed from the Arizona desert. Although the cases are seemingly unrelated, Special Agent Paxton Carver follows a trail of blood which links both to a potent retrovirus.

The butchered remains of Jasmine Rivers are discovered in the cellar of an abandoned farmhouse on the desolate eastern plains of Colorado, the fourth mutilated body found in the last two months. The FBI is still searching for the missing parts of the previous three.

Hundreds of miles away in Arizona, eleven corpses are exhumed from the Sonoran Desert. They’ve been mummified and bundled in traditional Inca style. But the Inca lived in South America, and these bodies aren’t centuries old.

Seemingly unrelated victims that share a common cause of death: exsanguination.

Special Agent Paxton Carver follows the trail of blood, which leads him to the continuation of genetic experimentation that began during World War II and a designer retrovirus capable of altering human chromosomes. Can he track down the virus and prevent further exposure before the real bloodletting begins?