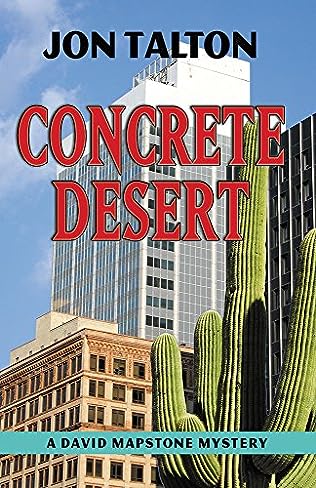 Having recently lost his job as a history professor, Mapstone returns to his boyhood home of Phoenix, Arizona, but finds the Southwest city he knew dramatically changed. It’s now a haven for wealthy retirees and a seasonal retreat for West Coast “sophisticates.”

To Mapstone, who has a strong personal feeling for the area’s history, it seems a foreign place. There remain, however, pockets of his earlier life, some welcome, some not. Mapstone eagerly accepts a temporary job from his old friend and Maricopa County Chief Deputy Mike Peralta: Look into still-open cases that have languished for years in the department’s file cabinets and see if he can close any.

A less welcome voice from the past is the college sweetheart, who appears at his door one evening. True to his memory of her, she is there because she wants something. Never mind that she had abruptly abandoned him 20 years ago for a wealthier lover. Now her sister is missing. Will Mapstone look for her?

Although Mapstone’s search for the missing woman is quickly resolved when her body is discovered in the desert, he is stunned to find an echo of the past in the grisly discovery. The dead sister has been found in circumstances identical to a sensational 40-year-old unsolved murder he is researching for Peralta.

Mapstone’s dogged investigation of both murders bridges the chasm of clashing cultures, meshing his own long-ago memories and the stories from some of the city’s old inhabitants with the tangled doings of newcomers and their acolytes, young women eager to share the lifestyle of tainted wealth, drugs, and careless violence.