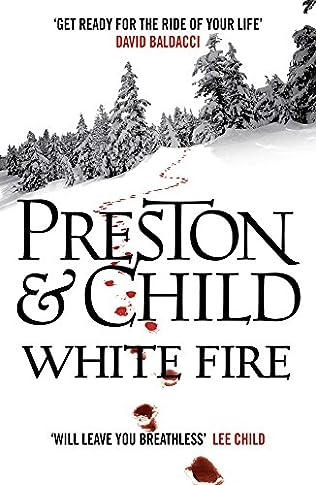 Book 13 in the Pendergast series

by Douglas Preston and Lincoln Child (2013)

Special Agent Pendergast arrives at an exclusive Colorado ski resort to rescue his protégée, Corrie Swanson, from serious trouble with the law. His sudden appearance coincides with the first attack of a murderous arsonist who–with brutal precision–begins burning down multimillion-dollar mansions with the families locked inside. After springing Corrie from jail, Pendergast learns she made a discovery while examining the bones of several miners who were killed 150 years earlier by a rogue grizzly bear. Her finding is so astonishing that it, even more than the arsonist, threatens the resort’s very existence.

Drawn deeper into the investigation, Pendergast uncovers a mysterious connection between the dead miners and a fabled, long-lost Sherlock Holmes story–one that might just offer the key to the modern day killings as well.

Now, with the ski resort snowed in and under savage attack–and Corrie’s life suddenly in grave danger–Pendergast must solve the enigma of the past before the town of the present goes up in flames.