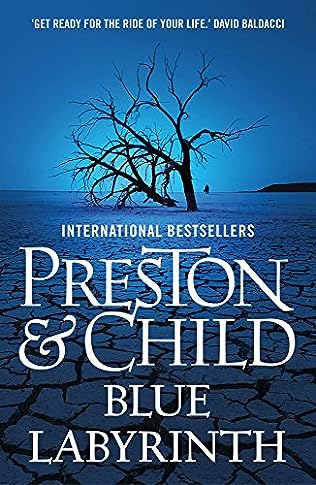 Book 14 in the Pendergast series

by Douglas Preston and Lincoln Child (2014)

It begins with murder. One of Pendergast’s most implacable, most feared enemies is found on his doorstep, dead. Pendergast has no idea who is responsible for the killing, or why the body was brought to his home. The mystery has all the hallmarks of the perfect crime, save for an enigmatic clue: a piece of turquoise lodged in the stomach of the deceased.

The gem leads Pendergast to an abandoned mine on the shore of California’s Salton Sea, which in turn propels him on a journey of discovery deep into his own family’s sinister past.

But Pendergast learns there is more at work than a ghastly episode of family history: he is being stalked by a subtle killer bent on vengeance over an ancient transgression. And he soon becomes caught in a wickedly clever plot, which leaves him stricken in mind and body, and propels him toward a reckoning beyond anything he could ever have imagined…