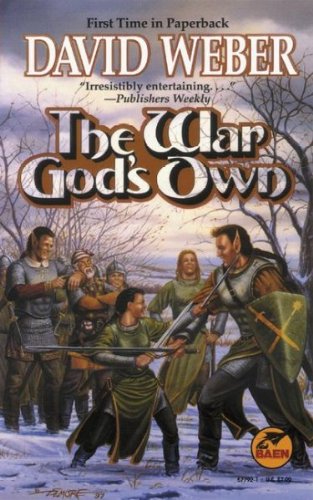 Bahzell Bahnakson of the Horse Stealer hradani never wanted to be a champion of the War God.

Unfortunately, Tomanak had insisted. Even more unfortunately, Bahzell’s own sense of responsibility hadn’t let him say, “No.” Which was how he found himself in the Empire of the Axe, where even people who didn’t actively hate hradani regarded them with suspicion and fear. Of course, that was only the start of his problems.

Next, there was the Order of Tomanak, many of whom were horrified by the notion that their deity had chosen a hradani as a champion… and intended to do something about it. And assuming he survived that, he had to go home – across three hundred leagues of bitter winter snow – to face a Dark God who threatened to destroy all hradani.