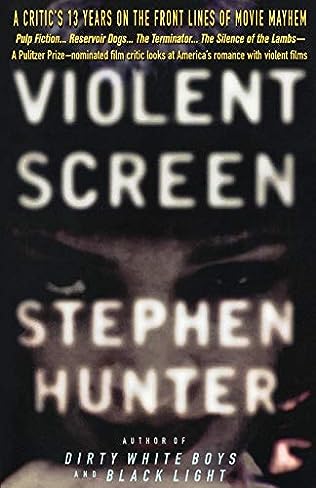 In this book, his first as movie critic, Hunter does what no one else has done – identified the most important or notorious 100 movies released since 1982, organized them by topic, and analyzed them for how they uniquely deal with, and what they say about, violence. Because it deals with a subject on the minds of many Americans and American politicians, Violent Screen is thus extraordinarily timely.

Yet, as a serious book by a serious reviewer, it is timeless, too. It’s also entertaining. Hunter’s movie-reviewing is rife with energy, humor, sharp-edged analysis, and intensity. He’s a man who loves the movies so much he can’t walk away from a reviewing job at a daily newspaper despite earning substantial sums on each of the novels he now writes. His first book of non-fiction will appeal to the millions of film and video lovers whose idea of entertainment is a regular trip to the movie theater or the video store, and whose idea of a good discussion is one centering on a recent or important movie they’ve seen at home or in a theater.