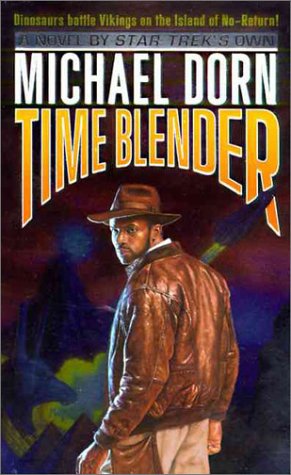 A rousing science fiction debut from Michael Dorn, Worf of the immensely popular Star TrekT television series and films.After cultural anthropologist Tony Millers plane is blown off course, he must land on a strange tropical island. The natives capture Miller and force him to run a deadly gauntlet through the jungle towards a strangely glowing boulder that they worship as a god.

With a combination of luck and resourcefulness, Miller is able to quell the natives, and return to his lab at UC Berkeley to examine part of the boulder. But enroute, during a raging electrical storm, the rock is dislodged, crashing to earth… literally ripping Time/Space in the process.

Archeologist Tony Miller was a skeptic. He had heard the stories about the remote volcanic island where ships and planes disappeared. But as a scientist, Miller needed proof, not rumors. So he flew over the island, and saw for himself the million-year horror that waited inside the crater. Just then, his seaplane’s engine stopped.

Michael Dorn, the co-author of the book is the Trekkie American actor and voice actor who is known for his role as the Klingon Worf in Star Trek.