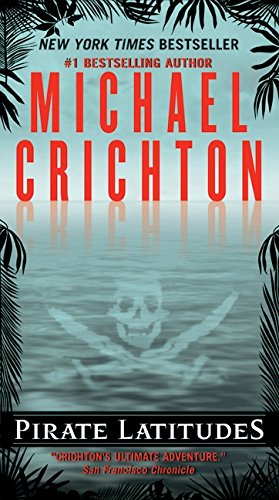 Jamaica in 1665 is a rough outpost of the English crown, a minor colony holding out against the vast supremacy of the Spanish empire. Port Royal, Jamaica′s capital, a cut-throat town of taverns, grog shops, and bawdy houses, is devoid of London′s luxuries; life here can end swiftly with dysentery or a dagger in your back.

But for Captain Charles Hunter it is a life that can also lead to riches, if he abides by the island′s code. In the name of His Majesty King Charles II of England, gold in Spanish hands is gold for the taking. And law in the New World is made by those who take it into their hands.

Word in port is that the Spanish treasure galleon El Trinidad, fresh from New Spain, is stalled in nearby Matanceros harbor awaiting repairs. Heavily fortified, the impregnable Spanish outpost is guarded by the blood-swiller Cazalla, a favorite commander of King Philip IV himself. With the governor′s backing, Hunter assembles a roughneck crew to infiltrate the enemy island and commandeer the galleon, along with its fortune in Spanish gold.

The raid is as perilous as the bloody legends of Matanceros suggest, and Hunter will lose more than one man before he finds himself on the island′s shores, where dense jungle and the firepower of Spanish infantry are all that stand between him and the treasure.

With the help of his cunning crew, Hunter hijacks El Trinidad and escapes the deadly clutches of Cazalla, leaving plenty of carnage in his wake. But his troubles have just begun. . .