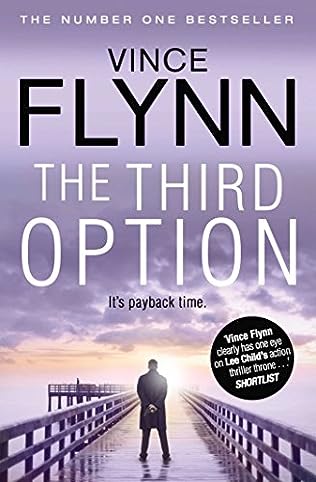 Mitch Rapp, the CIA’s top counterterrorism operative, is sent on his final mission, to eliminate a European industrialist who has been selling sensitive equipment to one of terrorism’s most notorious sponsors. But he doesn’t know that the ultimate target of this mission is himself.

Set up by forces within the US who do not want the next Director-elect of the CIA to take over, and therefore need a disaster for the present regime, Mitch refuses to die … the conspirators have made an awful miscalculation. They have enraged one of the most lethal and efficient killers the CIA has ever produced. Now they will pay.

When diplomacy has failed and military intervention is deemed inappropriate, our leaders sometimes take THE THIRD OPTION. CIA counterterrorism operative Mitch Rapp falls prey to government forces with an agenda of their own after Dr. Irene Kennedy is named the successor to dying CIA Director Thomas Stansfield — a choice that enrages many inside the world’s most powerful intelligence agency. Her detractors will resort to extreme measures to prevent her from taking the reins — which makes Rapp an expendable asset. But Mitch Rapp is no one’s pawn, and he will stop at nothing to find out who has set him up.