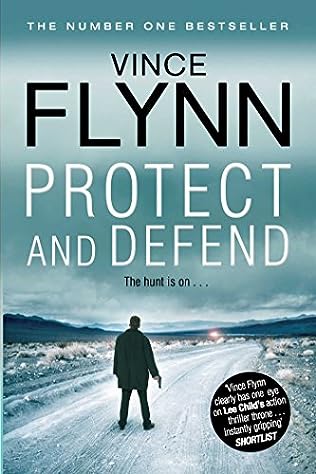 The latest pulse-pounding thriller by #1 “New York Times” bestselling phenomenon Vince Flynn explodes onto the scene with a deadly and charismatic hero that fans will cheer for all the way to the last riveting page. Vince Flynn’s thrillers, featuring counterterrorism operative Mitch Rapp, have dominated the imagination of readers everywhere. Time and again, Flynn has captured the secretive world of the fearless men and women, who, bound by duty, risk their lives in a covert war they must hide from even their own political leaders.

Now, with Rapp away on assignment in Pakistan, CIA Director Irene Kennedy turns to his protegee Mike Nash. Nash has served his government honorably for sixteen years — first as an officer in the Marine Corps and then as an operative in an elite counterterrorism team run by none other than Mitch Rapp. He has met violence with extreme violence and has never wavered in his fight against the jihads and their culture of death.

Nash has fought the war on terrorism in secret without accolades or acknowledgment of his personal sacrifice. He has been forced to lie to virtually every single person he cares about, including his wife and children, but he has soldiered on with the knowledge that his hard work and lethal tactics have saved thousands of lives. But the one thing he never saw coming was that his own government was about to turn on him.

In “Extreme Measures,” Flynn introduces a modern-day patriot — a hero who loves his country, even when it betrays itself. Using his insider knowledge of intelligence agencies and the military, Flynn once again delivers an all-too-real portrayal of a war that is waged every day by a handful of brave, devoted souls. Smart, fast-paced, and jaw-droppingly realistic, “Extreme Measures” is “the” political thriller of our time.