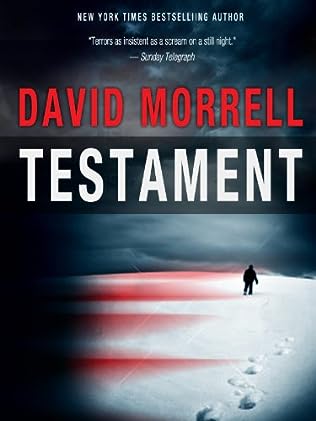 Reporter Reuben Bourne has broken a promise – to cast a paramilitary white supremacy group in a favorable light. Now, one basically peaceful man, one with a paradoxical attraction for violence, must confront a force of unrelenting hate. Somehow, he must survive – as he leads his family on a desperate flight into a wilderness as unforgiving as the fanatical humans who pursue him.

Reuben Bourne is an ordinary freelance writer in an ordinary American city. Then he publishes an article that exposes a fanatical underground network ready and able to kill anyone on command.

Suddenly Bourne becomes their target. With his family he faces a terrible vengeance of poison, fire and bullets. Their only hope is to flee the city, to take to the mountains in a headlong race for survival against all odds…

The terror begins without warning. The cat suddenly dies of poison. At that moment, Reuben Bourne has no inkling of its significance.

Then bit by bit the full horror if it is unleashed upon him. He knows now that he and his family have become the target of a powerful and paranoid right-wing fanatic — a man who will not rest until Bourne, his wife and children are exterminated!

Where can they run?

What can they do?

How can they save themselves from this madman’s obsessive hate?