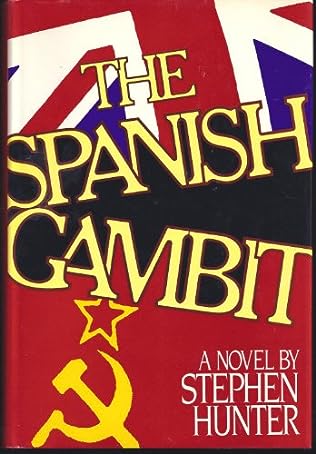 The men who gave the orders had no choice. Florry was the only man for the job-so they gave him no choice but to go to a land that East and West had turned into a blood-slick battleground of terror and counter-terror.

Stephen Hunter has chosen the backdrop of the chaotic and cruel Spanish Civil War to weave a classic tale of espionage and counterespionage. Julian Raines was one of the first Englishmen to volunteer for the international brigade in Spain. The British Secret Service suspect that the flamboyant Raines was recruited for the KGB by the Bolsheviks during his student days at Oxford and send Robert Florry, a struggling young writer to Spain after Raines with orders to eliminate him.

Florry was an old school chum to Raines and had every reason to hate him. The British are not alone on Raines’ trail. The ruthless Communist leader in Barcelona believes that the identity of the double agent conceals a powerful and profitable secret. It is a novel that constantly surprises.