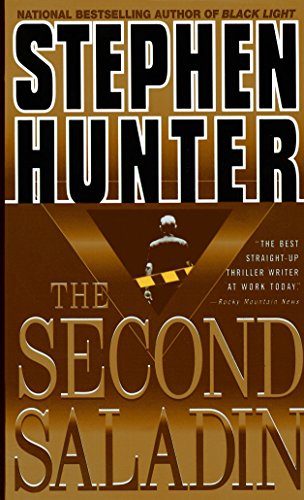 In the windswept sands of the Middle East, Paul Chardy fought side by side with Ulu Beg: one, a charismatic, high-strung CIA covert warrior, the other a ferocious freedom fighter. Then Chardy fell into the hands of the enemy, and Beg was betrayed. Now the two men are about to meet again.

Beg has come over the Mexican border under a hail of bullets–determined to assassinate a leading American political figure and avenge his people’s betrayal. The CIA wants Chardy to stop the hit. Chardy wants to save Beg’s life.

Between the two men is a tragic past, a failed mission, and a woman who knew them in war–and who knows their secrets now. Around both men is a conspiracy of lies and violence that reaches back to the Cold War. But as Beg moves in for his kill and as Chardy breaks loose from his handlers, a terrible truth begins to emerge: somewhere, someone wants both men to die.