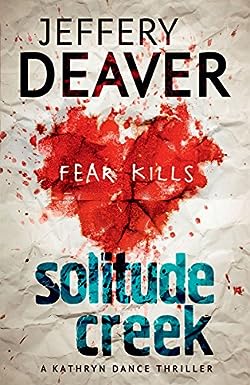 A tragedy occurs at a small concert venue on the Monterey Peninsula. Cries of “fire” are raised and, panicked, people run for the doors, only to find them blocked. A half dozen people die and others are seriously injured. But it’s the panic and the stampede that killed; there was no fire.

Kathryn Dance, a brilliant California Bureau of Investigation agent and body language expert, discovers that the stampede was caused intentionally and that the perpetrator, a man obsessed with turning people’s own fears and greed into weapons, has more attacks planned. She and her team must race against the clock to find where he will strike next before more innocents die.

One mistake is all it takes. Busted back to rookie after losing her gun in a gang take-down, California Bureau of Investigation Agent Kathryn Dance finds herself making routine insurance checks after a roadhouse fire.

But Dance is a highly trained expert in body language: her most deadly weapon is her instinct, and they can’t take that away from her. And when the evidence at the club points to something more than a tragic accident, she isn’t going to let protocol stop her doing everything in her power to take down the perp.

Someone out there is using the terror of crowds to kill, and Dance must find out who, before he strikes again . . .