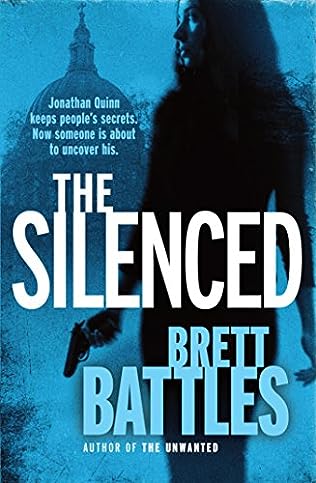 Professional “cleaner” Jonathan Quinn has a new client and an odd job: find and remove the remains of a body hidden twenty years ago inside the walls of a London building, before the building is demolished.

But Quinn and his team are being watched. Suddenly caught in the cross fire between two dangerous rivals, Quinn must unravel the identity of the body and why it still poses so great a threat even in death. Because a plot stretching from the former Soviet Union to Hong Kong, from Paris to London, from Los Angeles to Maine, is rapidly falling apart. And Quinn hasn’t been hired just to tie up loose ends—he is one.

The Silenced takes a more personal look at Quinn and exposes his family to the perils of his dangerous day job.